Jessica Chastain admits she felt so ''depleted'' after filming 'Crimson Peak', she cancelled another job so she could rest for a bit. 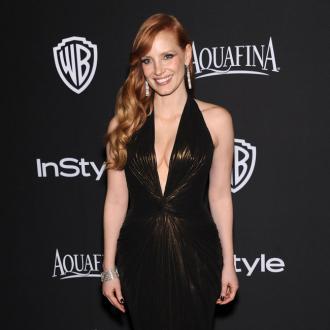 Jessica Chastain was so ''depleted'' after filming her latest movie.

The 'Interstellar' beauty stars as Lady Lucille Sharpe in horror film 'Crimson Peak' but admits the role was so ''intense'' she cancelled a part in a subsequent movie to give herself time to rest and recuperate.

She said: ''I was really excited to play Lucille and I love her when I see the film. But when I finished I was supposed to go off and do another film and I left that film because I just had to take time off. I was so depleted.

''Learning the piano, learning Chopin for someone who's never played; everything about her. There was nothing easy. There was never a day where I was like, 'Oh, this is a fun, light day.' Every day was so intense.''

The 38-year-old actress even shared her thoughts with co-star Tom Hiddleston, admitting she thought it would be fun to play the villain.

She added to WENN: ''I said to Tom, 'Everyone tells me that playing the villain is the most fun and I'm not having fun! What is going on?' Maybe if I was playing a character that got a bit of enjoyment out of the suffering she inflicts on people I would play her again, but at least for a little bit I would rather play more positive characters. She's the darkest character I've ever played.''