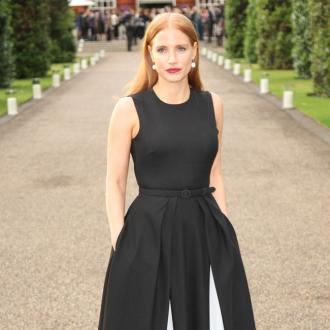 The 38-year-old actress - who previously revealed she declined the chance to appear in 'Iron Man 3' because the role was of a ''boring civilian - has blasted the way some female characters are portrayed in action movies.

She said: ''If you look at films like 'Elektra' and 'Aeonflux', the problem that studios have is that they try to make kickass women very sexualised. They have to be in some catsuit.

''But if you look at the most incredible female roles, like Ripley in Alien, she is a very sexy woman but she's not wearing a lot of make-up. She's in a T-shirt and jeans. What's sexy about her is how capable she is. Same with Jennifer Lawrence in 'Hunger Games' - she's not wearing a catsuit, either.''

Jessica said movie studios have been guilty of mistakenly thinking they've been giving audiences what they want.

She told Radio Times: ''Studios have misjudged it in the past, and thought audiences weren't interested in seeing a woman in an action role who's a capable, intelligent woman and isn't only leaning on her sex.''