Jessica Alba has revealed she won't let her daughter Honor, three, choose her own clothes because she would happily wear ''a princess, cowgirl, fairy or Hogwarts costume'' every day. 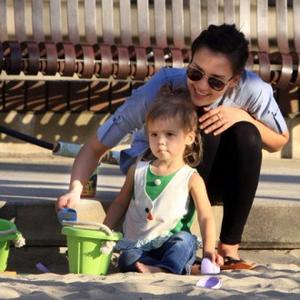 The 'Machete' actress says Honor is obsessed with dressing up and if Jessica let her dress herself she would happily wear "a princess, cowgirl, fairy or Hogwarts costume" every day.

Jessica explained to Britain's OK! magazine: "Honor's a real girlie girl, she's at a hilarious age - she's always getting us to tie towels or rags to her hair so she can pretend she has long hair down her back.

"She'll say she wants to wear this or that but if I let her dress herself head to toe she'd have a rag on her hair for her 'fake hair' like Rapunzel, a princess, cowgirl, fairy or Hogwarts costume, tutu and two different plastic high heels on!"

While Jessica, 30, insists she is in charge of choosing Honors outfits when they go out, she admitted she is much less strict at home and lets the youngster wear whatever she wants.