Jessica Alba has insisted on a body double for her stripping scenes in 'Sin City 2', as she isn't happy with how she looks now she's had two children. 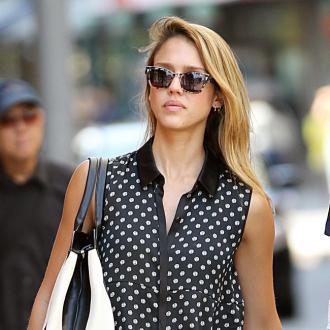 Jessica Alba has insisted on a body double for her stripping scenes in 'Sin City 2'.

The actress isn't happy with her body after two kids and has insisted a stand in is used for the more provocative scenes.

A source told Life and Style magazine: ''She was crushed when filming began and she didn't have her original body back so she told producers she wanted a body double.

''Her body is incredible, but for her it's not good enough. She's cut out carbs and does the P90X Ab Ripper twice a day, but she still isn't happy.''

Jessica, 31, has also reportedly been chain smoking to keep her mind off food.

The insider added: ''She's been chain smoking lately to keep her appetite at bay. Jessica struggled with an eating disorder in her teens and when she's under pressure to look good for a part, she can slip back into extreme behaviour.''