The 33 year-old actress talks about having a lack of confidence within herself until reaching that age of 30, and having two children.

Jessica Alba is undoubtedly one of the hottest actresses', and mothers, in Hollywood today, she is known for her desirable physique and sexy look, but this doesn't mean she has been confident within herself since day one. 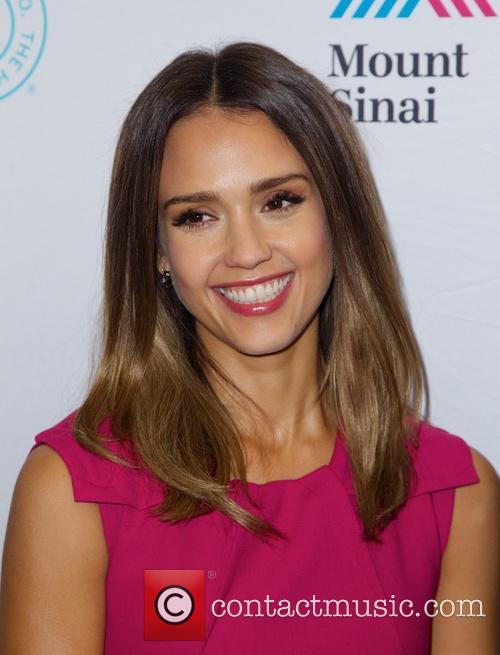 Alba revealed that becoming a mother helped her shed her insecurities

The 33 year-old star stopped by The Meredith Vieira Show on Wednesday (Sept 10th), and opened up about battling her insecurities until becoming a mother, as well as growing up feeling she "wasn't smart enough."

"My teens and my 20s I just wasn't sure of myself and I was always kind of insecure and I always felt I needed to apologize for myself," Alba told Meredith. "After I became, first of all, 30 and being a mom of two, I just sort of came into myself as a woman and now I have a company."

More: Jessica Alba Opens Up About Motherhood Making Her "Fearless"

The 'Fantastic Four' actress and her husband Cash Warren, 35, who have been married for six years, are the proud parents of two daughters, Honor, 6, and Haven, 3.

Alba also thinks her lack of confidence was a direct result of being poorly educated in her youth. "I was always also insecure about not going to college and I always felt I wasn't smart enough," she added. "I feel better now especially after 30, it's crazy what happens."

More: Jessica Alba Looks Sexier Than Ever While Covering Maxim: "I'm Really Comfortable In My Own Skin"

Apart from acting, Alba is the CEO of The Honest Company, a business that sells eco-friendly baby products, and this is something she can be very confident about as the Wall Street Journal has estimated that her company will $150 million this year alone.