Jessica Alba has revealed she never weighs herself, she just tries on all her clothes to see which ones fit her. 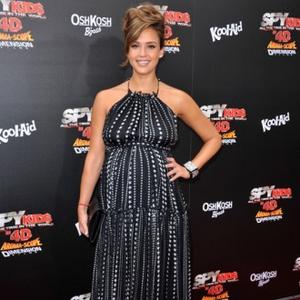 The gorgeous actress gave birth to her second child, Haven, six week ago and while she has dropped some of the baby weight quite easily with some exercise, Jessica doesn't put herself under any pressure to lose the extra pounds.

She said: "I didn't gain too much time so that made a difference and I started working out as my doctor said it was fine. I try to be healthy and balanced. I have definitely not lost the baby weight but it's coming off slowly but surely. I don't weigh myself. I just see what clothes fit."

However, despite her exercise regime Jessica admitted she often allows herself a calorific treat every so often, especially when her husband Cash Warren - with whom she also has a three-year-old daughter Honor - orders dessert.

She told Britain's OK! magazine: "I try not to indulge in super-fattening food but I still have desserts as Cash always orders them and they taste so good. It's just everything in moderation."