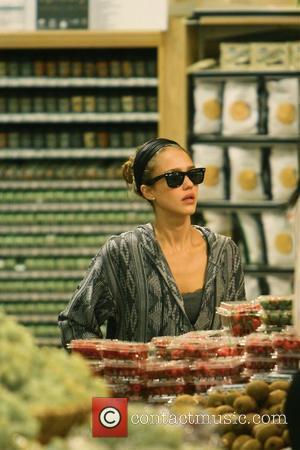 Jessica Alba was pushed into considering a nose job to compete with her Hollywood peers - despite hating the idea of having cosmetic surgery to enhance her looks.
The Fantastic Four beauty is prepared to turn her back on her acting career rather than go under the surgeon's knife to banish wrinkles, but confesses she has felt pressure to tweak her features to fit in with the industry's aesthetic ideal.
She tells Britain's GQ magazine, "I hate the idea of trying to freeze time. I believe in growing old as nature intended and, if the movie roles dry up as a result, then so be it.
"Though I was talking to my girlfriend about this and I was beginning to think I need a nose job to be like everyone else. It's nuts how many nose jobs are going on here (Hollywood) at the moment."