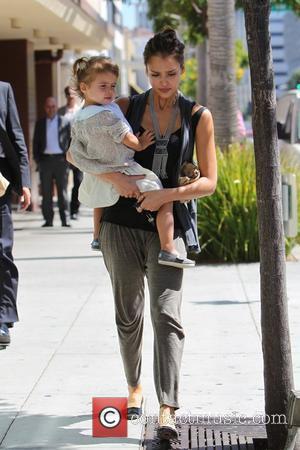 Picture: Honor Marie Warren and Jessica Alba Jessica Alba, who appeared to be crying, leaves Nate 'n Al of Beverly Hills Delicatessen after having lunch with...

Jessica Alba has slammed the new Arizona state immigration rules, branding the legislation "a very racist, foolish law".
The Sin City star was part of an all-star public service announcement (PSA) taking a stand against the law, which gives Arizona police new powers to arrest and detain anyone suspected of being an illegal immigrant.
And Alba insists she'll carry on fighting the regulation as it's an issue she and Robert Rodriguez, her MAChete director, feel strongly about.
She tells Britain's Daily Record, "It's always been a relevant issue, for me and for Robert, because we grew up with that reality and it just happened to be that a state did something really, really foolish and passed a very racist, foolish law... There's no way we can change it if we all just sit back and do nothing, so it's about engaging and getting people to stand up for their rights."