Actress Jessica Alba has revealed she is pregnant with her third child as she told her Instagram followers her and her hubby were about to be "officially outnumbered". The American star, who has appeared in films including the Fantastic Four franchise, said she was "blessed" to be able to make the announcement. 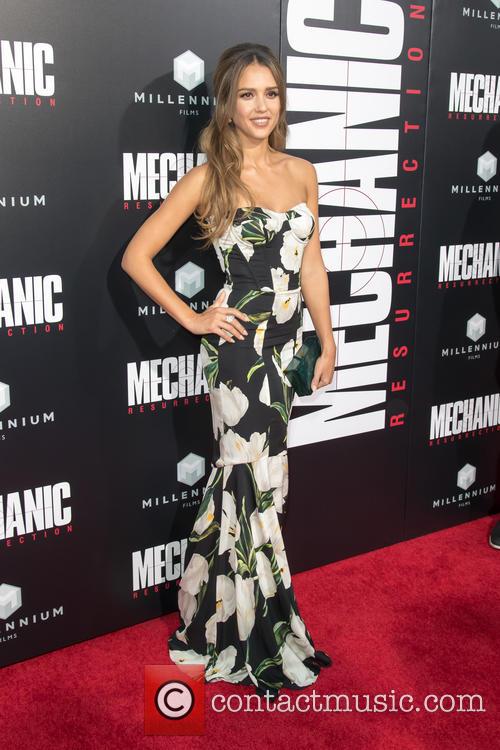 The actress is pregnant with her third child

The Hollywood star and businesswoman revealed her the news that her and husband Cash Warren, 38, were expecting again in a video post on Instagram, shared with her 11.1 million followers.

Standing next to her daughters Honor Marie, nine, and Haven Garner, five, holding balloons in the shapes of numbers one and two, Alba held up a number three balloon while cradling her tummy.

Jessica has previously spoken out about "mean moms" she experienced when she was pregnant the first time round.

The 36-year-old actress previously opened up about feeling "judged" and "confused" by other moms when she first became a parent.

She said: "Doesn’t it feel like the mean girl thing from high school sort of just transforms into adulthood through motherhood?

"I think it has to do with hormones, right? I mean, this is the first time I’m actually saying this out loud, but that mean girl stuff happens when your hormones are going crazy.

"And then your hormones go crazy again when you’re pregnant and having a baby. And even when you’re breastfeeding. And I feel like maybe it’s just all those hormones, and people don’t know where to put their energy, so they just start clashing."

Sin City and Fantastic Four actress Alba, 36, and film producer Warren, 38, married in 2008, just one month before they welcomed their eldest daughter Honor. They added to their family in August 2011 with the birth of Haven Garner.

As well as her acting career, Alba has made a name for herself as an entrepreneur, having co-founded ethical consumer goods brand The Honest Company in 2012.