Jesse L. Martin has signed on to play Marvin Gaye in a biopic of the actor's life, replacing Lenny Kravitz who was offered the role but was dropped after objection from Gaye's son. 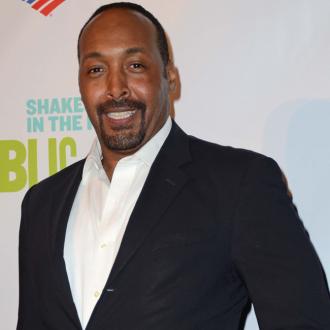 The 'Law & Order' actor - who was previously linked to the role five years ago - has been tapped to play the lead role in a film about the prolific singer's life and struggles with addiction in Julien Temple's biographical drama.

Singer Lenny Kravitz, who recently starred in 'The Hunger Games' alongside Jennifer Lawrence, was previously considered the frontrunner for the lead role but was later dropped after objections from Gaye's son, Marvin Gaye III, who threatened legal action and called for Lenny to pull out of the role.

The film will focus on the Motown legend's trip to Europe in the 1980s when he tried to get his career back on track and overcome his personal demons with the help of British music promoter Freddy Cousaert. 'In Bruges' actor Brendan Gleason will play Freddy opposite Jesse's Marvin.

The project has long been in the works with several adaptations of the story nearly getting made in the past. Jesse was attached to star in the biopic several years ago when 'The Sopranos' actor James Gandolfini was on board as producer, but the film has only just been pushed into production.

Marvin, whose hits included the film's titular song and 'Let's Get It On', died in April 1984 when he was shot dead by his father during a domestic dispute.