Jesse Eisenberg says his character of Lex Luther in 'Batman v Superman: Dawn of Justice' will be a ''complicated, challenging person''. 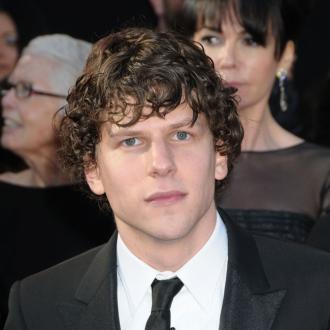 Eisenberg has been cast in the role of the main villain in the eagerly-awaited new flick, which will see Batman - played by Ben Affleck - and Superman - played by Henry Cavill - appear onscreen together in a live-action movie for the first time.

Speaking about his role to Total Film, 'The Social Network' star said: ''There are some indications of how the character should behave based on the script, and then an actor makes it his or her own.''

He added: ''I got to know one of the writers Chris Terrio, and we were able to discuss things at length and figure out who this person is to create a real psychology behind what is, perhaps, in a comic book, a less than totally modern psychology.

''I can only say I've been asked to play an interesting role. A complicated, challenging person.''

Last month, Eisenberg revealed that he lived on a farm to prepare for his 'Night Moves'.

The 30-year-old plays one of three radical environmentalists, all of whom attempt to destroy a hydroelectric dam as an act of protest.

He told the Metro newspaper: ''I went up and lived on a farm and stayed with people who are environmentally active. Nobody that blew up a dam or anything that severe, but people who were sympathetic.''