In a year from now we’ll probably be queuing outside a movie theatre eagerly awaiting our first viewing of Zack Snyder’s Batman v. Superman: Dawn of Justice. But for now, we’re just making do with whatever scraps of information we can get on the upcoming superhero epic. So after months of speculation about the state of cast member Jesse Eisenberg’s hair, today we’ve been given our first official look at the actor as the bald supervillain, Lex Luthor.

In the picture, first published by Entertainment Weekly, Eisenberg is seen sporting a cleanly shaven head, as he prepares to take on the role of the iconic nemesis of Superman. While some initially scoffed at the notion of The Social Network star as Luthor, the latest image will hopefully show that Jesse is more than capable of pulling off a villainous turn.

Speaking to Entertainment Weekly director Zack Snyder said, “He’s not any of the Lexes that you’ve seen, that’s for sure, other than him being a captain of industry and one person to the world and another person to himself. And bald, of course.”

More: Aquaman, The 'Wettest' Of The Justice League? Not If Jason Momoa Can Help It!

“Our Lex is disarming and he’s not fake,” Snyder continued. “He says what he believes and he says what’s on his mind. If you can unravel the string and decipher what he means, it’s all there.” 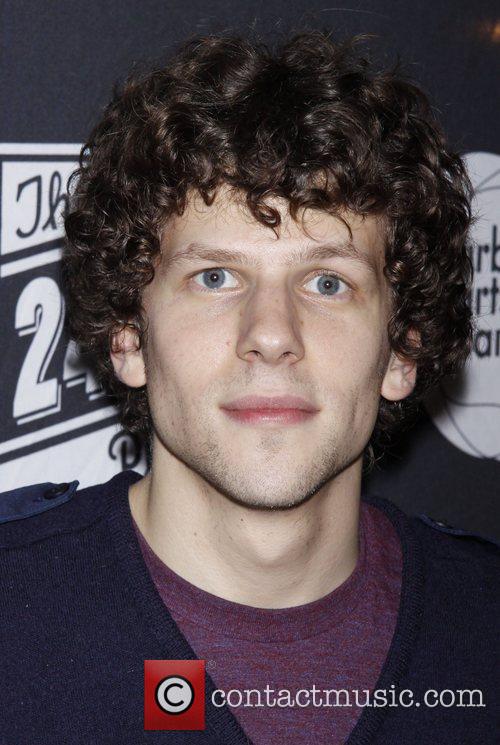 Jesse Eisenberg as we're used to seeing him.

The character of Lex Luthor this year celebrates his 75th anniversary, having first appeared in Action Comics #23 in April 1940. The role has previously been played by Gene Hackman in the 1978 Superman film, as well as sequels Superman II and Superman IV: The Quest for Peace. Michael Rosenbaum portrayed a younger version of the character in the series 'Smallville', while Kevin Spacey starred as Luthor 2006 film Superman Returns.

The film, which is due to hit theatres on March 26, 2016, stars Ben Affleck as Batman and Henry Cavill as Superman. The cast also includes Gal Gadot as Wonder Woman, in what has been described as a sizeable role, Amy Adams as Lois Lane, Laurence Fishburne as Daily Planet editor Perry White and Diane Lane as Martha Kent.

Jason Momoa is also set to make a cameo appearance in the film as Aquaman, to set the stage for 2017’s superhero collective movie, Justice League.  So after seeing Jesse Eisenberg's new look, what do you think? Does The Social Network actor look like the Lex Luthor you've always imagined?