Jersey Shore star Snooki has revealed she hates watching herself on the MTV show because she thinks she looks like ''s**t''. 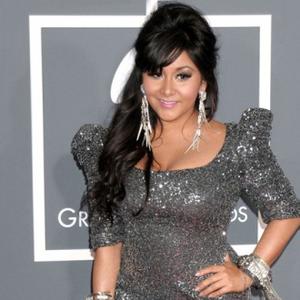 Snooki hates watching herself on TV because she looks like a "freakin' alcoholic".

The 'Jersey Shore' star - whose real name is Nicole Polizzi - admitted she often watches the MTV reality TV show but cringes when she sees herself on screen.

She explained to Rolling Stone magazine: "If I do something stupid, which is pretty much the whole time, I hate [watching it]. I just hate it. Obviously, they're only going to put the good stuff in, and the good stuff is us drunk, so all I'm seeing is me drunk and falling down. That's how I am when I party.

While Snooki has been linked to a number of guys on the show including co-stars Mike 'The Situation' Sorrentino, Vinny and Pauly D, she claimed she has only had sex on camera once and that was with her present boyfriend Jionni LaValle.

She said: "The only person I've had sex with on Jersey Shore is my boyfriend, which is in an upcoming episode and that's the only time.

"The guys you see me bring home, we're only cuddling and making out like any other person would do, but we're on camera and the whole world's seeing it and it does look like we're having sex."

Snooki also revealed she doesn't plan on being in 'Jersey Shore' forever and plans to create an empire like Jessica Simpson.

She explained: "What I'd like is to turn out like Jessica Simpson, with her whole brand. She makes millions. It's only been a year but I'm actually very smart about this business. I'm trying to build an empire because, after this, I cannot get a normal job. I mean, how do I go and sit behind a desk? It's insane. I can't."