Comedy hero Jerry Seinfeld reckons that he’s on the autism spectrum. In an interview with NBC’s Brian Williams on Thursday’s ‘Nightly News’, the topic turned to what makes the 60 year old comedian tick before he made the statement: "I think, on a very drawn-out scale, I think I'm on the spectrum." 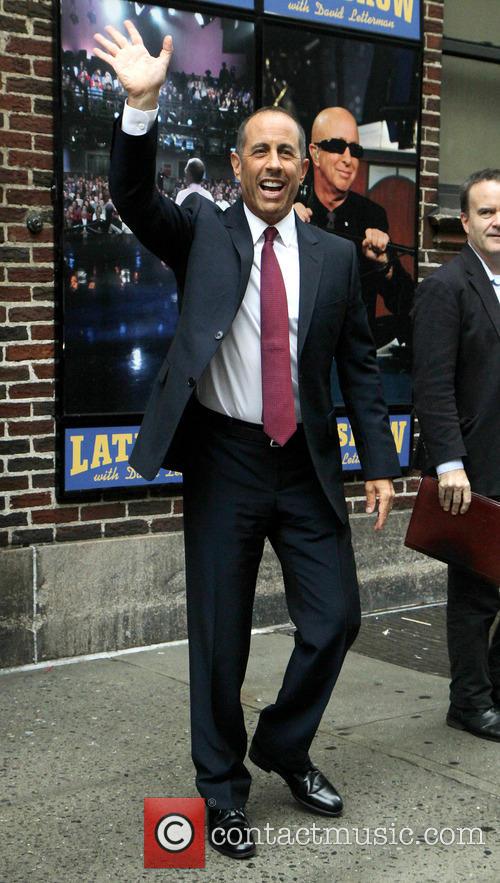 Jerry Seinfeld reckons he's on the autism spectrum, he said in an interview on Thursday

When Williams asked him what the signs of it were, Seinfeld said: "You know, never paying attention to the right things. Basic social engagement is really a struggle. I'm very literal. When people talk to me and they use expressions, sometimes I don't know what they're saying. But I don't see it as dysfunctional. I just think of it as an alternate mindset."

In another part of the interview, which was primarily designed for a discussion about the upcoming fifth season of Seinfeld’s popular web series ‘Comedians in Cars getting Coffee’, Williams described Seinfeld as “the most restless man in comedy” and asked him about what was still driving him to do stand-up comedy after so many years in the game.

"If you're more interested in what you have achieved or what your financial position enables you to do than that thing that got those things, you're screwed — in my opinion, you're screwed.”

About the new series, which has been running since 2012: “All comedy is distillation. So I thought, ‘What if you took a two-hour conversation and shrunk it down to 14 minutes? What would you get?’” Seinfeld said. “And I thought, ‘Well, with certain people, I think you’d get something.’”

In addition to his stand-up comedy, Seinfeld was the star of his eponymous TV sitcom series which ran from 1989 to 1998 on NBC, in which he played a semi-fictional version of himself. It was co-created with Larry David, who starred in his own series ‘Curb Your Enthusiasm’ which ran along very similar lines.

More: Was that 60-second Superbowl clip really it for the ‘Seinfeld’ reunion?