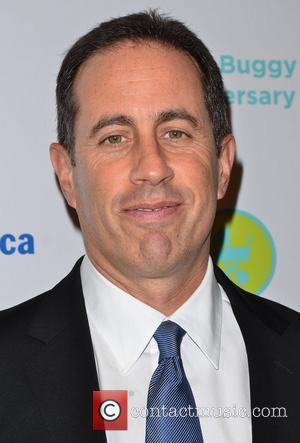 Jerry Seinfeld and Ricky Gervais are teaming up for a new series about classic cars, according to The Daily. Seinfeld is known for being a car enthusiast and is compiling a new show, to be entitled Comics and Cars. Each episode will feature Seinfeld and various special guests sharing stories and test-driving cars from their youth.
As yet, the series is yet to have been commissioned by a TV network and it is thought that it may even end up being an internet series, rather than being broadcast on television. Alec Baldwin has been invited to take part, as has Jerry's former writing partner, Larry David (star of Curb Your Enthusiasm). So far, the only insights into the show's content have been via Jerry's Twitter feed, where he has referred to the show as the 'New Seiny gig.' and hinted that he and Larry David had been driving a 1952 Volkswagen.
Seinfeld reportedly has a staggering collection of 46 Porsches. His fleet is understood to include the first Porsche 911 ever manufactured, as well as the last. He also owns a Porsche 959, one of only 337 ever made. It is unclear what Gervais' input will be into the show, given that he once claimed "I don't drive so I don't own a flashy car." Seinfeld is playing two UK dates this weekend. The new show is a rare return to TV for the comic; he has remained largely absent from the medium since the Seinfeld sitcom ended in 1998.