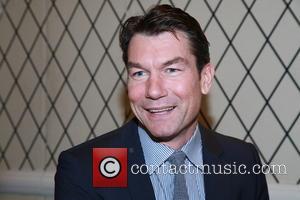 The daily show will cover breaking entertainment news topics and will also be backed by bosses at American Media Inc.

“Whoever hosts will will be joined by a panel of comedians and entertainment experts to deliver the day’s dish.

The reports emerge one month after a planned show featuring the Jerry Maguire star and his actress wife Rebecca Romijn was axed by executives at CBS.

Jerry O'connell To Return To Broadway