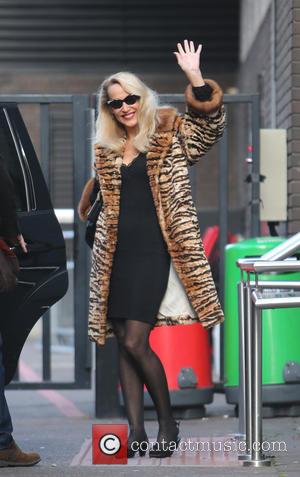 Former supermodel Jerry Hall is desperate to become a grandmother and wishes her children would hurry up and have babies.

The ex-wife of Rolling Stones frontman Sir Mick Jagger insists her family is very tight knit but she would love new additions to her brood.

Hall calls herself a "step-great-grandmother", as Jagger's daughter Jade - from his first marriage to Bianca - has two daughters, one of whom gave birth in May (14), but Hall still wants her own grandkids.

She tells British newspaper The Guardian, "My children are very close to Mick's other children, my stepchildren. Mick has a son with another woman, after me, so the whole family is very, very close, and I'm close with the mothers. I think family is really, really important. It gives you a good foundation, a lot of strength.

"It's really important to me that there is not conflict in the family. We have big Christmas get-togethers; with all the mums and all the children and it's wonderful. One big blended family. I am a step-great-grandmother because Jade has two daughters, and one of them, Assisi, had a baby girl in May. I'm really looking forward to my kids having some children, too. I wish they'd hurry up."