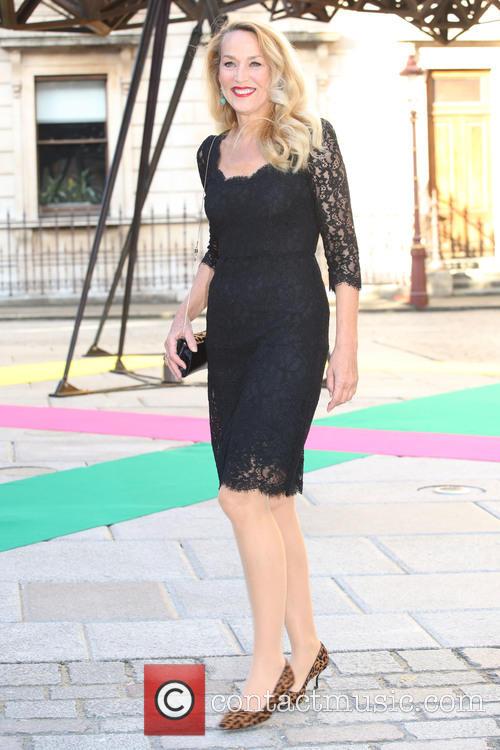 Hall, 59, began dating the 84-year-old billionaire in late summer after being introduced in Australia by one of Murdoch's sisters and his niece. The couple’s relationship was made public when they were seen together for the first time at the Rugby World Cup final in October at Twickenham in London.

Back in October a source told The Telegraph, ‘It's all very new. They are really enjoying each other's company very much. He is very fond of her. There is no question that they are a couple.'

The couple are said to have become engaged in Los Angeles over the weekend, where they attended the Golden Globes ceremony. Speaking to MailOnline, a spokesperson for the Murdoch family said: 'They have loved these past months together, are thrilled to be getting married and excited about their future.’

The marriage will be Hall’s first, after her 1990 wedding in Bali to Mick Jagger was declared not legally binding. Hall and Jagger had four children together, Elizabeth, Georgia, James and Gabriel, before ending their relationship in 1999.

Murdoch has been married three times, first to former flight attendant Patricia Booker in 1958. He then married Glasgow-born journalist Anna Torv in 1967, but the couple divorced in 1999.

That same year he married for a third time, to Yale-graduate Wendi Deng, who was 30 at the time. Murdoch and Deng’s marriage ended in 2013, amid rumours of Deng’s ‘infatuation’ with former Prime Minister Tony Blair. The media mogul has six children from his three marriages.