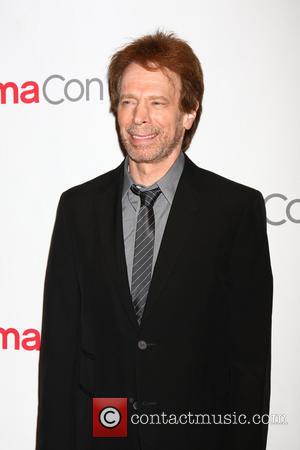 Film producer Jerry Bruckheimer and Sir Elton John are among the stars who have paid tribute to longtime publicity executive Denise Greenawalt following her death last week (22May13).

The 52-year-old Walt Disney Studios chief died in her sleep at Huntington Hospital in California after a long illness.

During her 16-year tenure with Disney, Greenawalt developed publicity campaigns for The Lion King, Toy Story, The Little Mermaid, Aladdin, Pocahontas, The Princess Diaries and a number of Bruckheimer's films, such as Armageddon and Pearl Harbor, and the producer insists he owes her a great deal of his success.

A statement from Bruckheimer reads, "Denise was absolutely one of a kind, with her brilliant professionalism and enough energy to light an entire city. We worked on many films together, and Denise made a tremendous contribution to their success, just bubbling over with fresh and bold ideas. She will be missed by all of her friends and colleagues, and certainly by me."

Greenawalt was also a humanitarian, who volunteered for Elton John's Aids Foundation, and the Rocket Man adds, "She was an inspiration. The most beautiful and courageous woman."

A number of other celebrities have spoken out to offer their condolences, including Oscar-winning animator John Lasseter, who adds, "All of us at Pixar and Disney, and in the animation industry, have lost a true friend and a great supporter. Denise worked tirelessly and enthusiastically to publicise our films and always went above and beyond the call of duty to get the word out about our new releases.

"She was smart, funny and full of great ideas when it came to publicity. Denise was an important part of the animation renaissance at Disney."

Born in Philadelphia, Pennsylvania, Greenawalt began her career working at public relations firm Rogers & Cowan, before landing a job at Disney in 1986. She worked her way up the ranks to become the vice president of national publicity before retiring in 2002 due to health reasons.

She will be remembered during a memorial service in Los Angeles on Saturday (01Jun13).