Jermaine Jackson has hit out at the billionaire turned politician after remarks he made about his late brother during an appearance on CNN.

Jermaine Jackson has told Donald Trump that ‘friends don't pay tribute by peddling b.s. theories’, in response to comments made by the Republican hopeful regarding his brother Michael’s plastic surgery. Trump spoke about his relationship with Michael Jackson, whom he called a “good friend”, during Thursday night’s GOP Town Hall broadcast with Anderson Cooper on CNN. 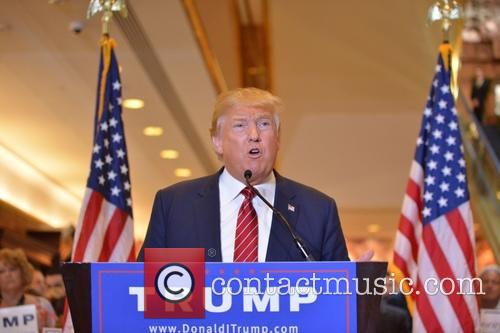 Trump has been blasted by Jermaine Jackson for his comments about brother Michael’s surgeries.

Trump recalled how ‘The King of Pop’ once lived at the Trump Tower and married former wife Lisa Marie Presley at one of his VIP clubs, the Mar-a-Lago. "He was up there for one week with her and he never came down," Trump said. "I don't know what was going on but they got along."

The Republican hopeful then went on to discuss his friendship with Jackson saying: “Very few people got to know Michael Jackson. But he was an unbelievably talented guy. He lost his confidence. He lost tremendous confidence because of, honestly, bad-bad-bad surgery.”

“He had the worst. He had people that did numbers on him that were just unbelievable. Facially, you know, the plastic surgeons. He was an unbelievable talent who actually lost his confidence. Believe it or not, when you lose your confidence in something, you can even lose your talent.”

More: Adele Joins List Of Artist Who Won't Let Donald Trump Use Their Music At Rallies

‘Michael's confidence was affected by the pressures, injustice and vitriol of external circumstances. Period. Name-dropping Michael don't make you cool and won't win you votes. Especially when using botched facts.’ As of the time of writing, Trump is yet to respond to Jermaine’s tweets.