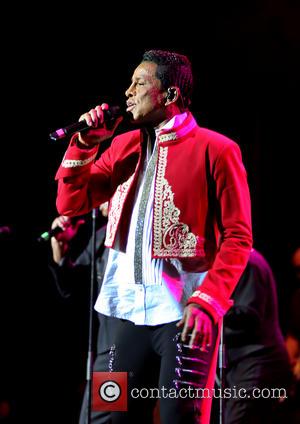 Jermaine Jackson was left stunned when his nephew revealed he had been molested by a family member as a child, because he had never heard the claims before.

Tito Jackson's son Taj made the startling revelation on Thursday (16May13), claiming he was abused by an uncle on his mother's side in light of the latest controversy surrounding his late superstar uncle Michael Jackson.

Choreographer Wade Robson recently asked a California judge for permission to make a late creditor's claim against Jackson's estate, alleging he was abused by the King Of pop between the ages of seven and 14.

Using his admission to slam Robson's accusations, Taj wrote on Twitter.com, "I was sexually abuse (sic). By an uncle on my mom's side of the family when I was a kid. My uncle was a support system for me and my mom... That is how I KNOW Wade is lying."

Jermaine was asked about the admission by editors at Tmz.com, and was left visibly shocked by the revelation.