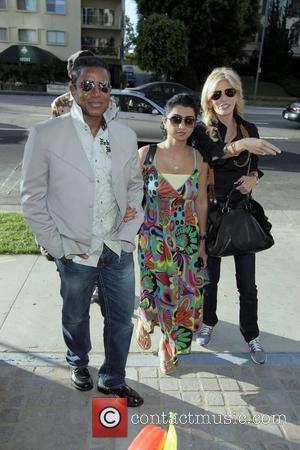 Reports Jermaine Jackson trashed his late brother MICHAEL in a tell-all book have been denied by sources close to the family.
On Wednesday (12Aug09) a U.S. website published what it claimed were excerpts from an autobiography written by Jermaine back in 2003.
Quotes included, "My brother is wealthy. He owns shares in Sony music. He drinks, he does drugs, he lies, he cheats, he changed his skin colour and mostly, he's human. He attracts gay men and wards off women like the plague. ...He married a woman because she was pregnant and he was doing business with Muslims (which I am a Muslim) and Muslims won't do business with someone who is engaged in having children without being married."
Although Jermaine has yet to come forward to challenge the claims, a source close to the Jackson family tells ABC News the excerpts weren't written by him, and that the singer's memoir was never published because it "didn't have any dirt".
The source says, "None of it was written by Jermaine. Otherwise it would've gone to print because someone would have found it controversial enough to be in book form. But publishers rejected Jermaine's book because they said it wasn't meaty enough."
Michael Jackson died on 25 June (09) after suffering a cardiac arrest.