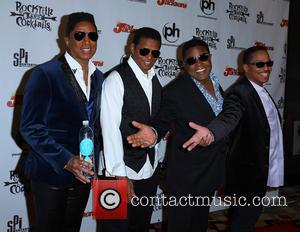 Two of the world's most famous dynasties are to clash on Tv as Jermaine Jackson and Daniel Baldwin trade lives for the new season of U.S. show Celebrity Wife Swap.

The brothers of Michael and Janet Jackson and Alec, Billy and Stephen Baldwin will feature in the premiere episode of the reality show's new season on 15 April (14).

Isabella Hofmann, Baldwin's former girlfriend and the mother of his 17-year-old son Atticus, will move in with Jackson for one week, while Jermaine's wife Halima will experience life in the Baldwin clan.

The Jacksons are relatively new to reality Tv, but Daniel's weight and drug addiction issues landed him spots on Vh1's Celebrity Fit Club in 2005 and Celebrity Rehab With Dr. Drew in 2008. He also joined the cast of I'm a Celebrity... Get Me out of Here!, with his brother Stephen, in 2009.