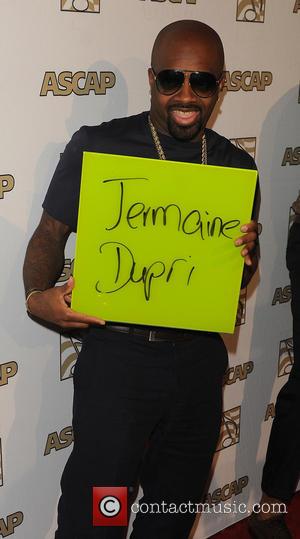 Embattled hip-hop mogul Jermaine Dupri is fighting allegations he defaulted on a bank loan in a bid to save his Georgia home from foreclosure.

The producer/rapper has been embroiled in legal action for the past two years over a $4.9 million (£3.27 million) loan he took out with SunTrust Bank bosses in 2010.

He is accused of stopping his monthly repayments in May, 2011, and was given until November, 2012 to settle the debt, but failed to do so, prompting finance executives to take him to court.

They tried to foreclose on his property in 2011 and moved to auction it off in January (13), but their attempt was halted after Dupri obtained an emergency court motion to prevent the sale.

Now he has filed a countersuit, accusing SunTrust bosses of breach of contract relating to the original loan agreement in a bid to prevent them from seizing his assets and his home.

He claims they were partly responsible for diverting some of his funds from his account to pay his taxes, but they reportedly failed to do so, resulting in Dupri being hit with tax liens amounting to more than $3 million (£2 million).

The producer is also accusing SunTrust chiefs of using unrealistic projections of his income to restructure the loan, reports AllHipHop.com.

Dupri has been battling financial problems for some time and was recently ordered to settle a $79,095 (£50,967) bill over his luxury car after allegedly falling behind on payments.