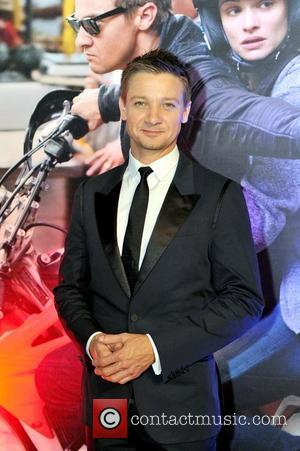 It has been a bumpy ride for Jeremy Renner to get to where he is now, the star of the latest edition of the long-running and successful Bourne series. With The Bourne Legacy, Renner is stepping into the sizeable shoes of Matt Damon, a task that the two-time Oscar nominee is more than ready to take on.
Renner sat down to talk to The Guardian about his tremulous career and his latest film (as well as a few in the pipeline), insisting that the new Bourne film is not a remake, nor is it a sequel or prequel, but somehow it works as though it is all these rolled into one. The task of stepping into Damon's shoes didn't exist either, as Renner explains; "the only pressure was to be able to perform in the style and physicality and ferocity of the action that had been established in the first three films". the film is instead "a brand new canvas".
Renner also digressed on his momentous rise from zero to hero, with his turn in Katherine Bigelow's The Hurt Locker turning him from an out of work actor with next to nothing, to someone rubbing shoulders with Hollywood's elite at the Oscars.
"One minute I'm homeless. The next I'm still homeless, but I'm in a tuxedo, on my way to the Oscars, stopping at a coffee shop to brush my teeth because I don't have running water".
Renner is someone who has experienced the very lows and now the very highs of life, he is someone who still has his head very firmly screwed on and always brings his a-game when the cameras are rolling. So for all this, you really do struggle not to like the guy.
The Bourne Legacy is in cinemas this Monday (13th) and features Rachel Weisz, Edward Norton and Scott Glenn alongside Renner.