Jeremy Renner insists he is not ''replacing'' Matt Damon in 'The Bourne Identity'. 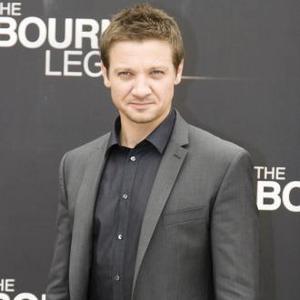 Jeremy said: ''What Matt Damon did, and what the previous directors have done, that was great. For those who love the franchise, I'm not replacing Matt, nor would I want to.

''It would never have been interesting if I was taking over and playing the same character. Matt is always the face of Jason Bourne and always should be.

''I liked this script because it was a very interesting way of continuing the story while honouring what came before.''

The 41-year-old star is thrilled to be taking part in Tony Gilroy's fresh take on the clever CIA thriller, which parallels the plot of the first three 'Bourne' films.

Jeremy added to Flickandbits.com: ''To see what Tony Gilroy did with the new material and with this new character, it really opened up the world. For me, it was really exciting.

''At first I was hesitant, I wasn't quite sure how they would do it. But once I saw how clever it was I just jumped at the chance. It was a lot for me to play with.''

The actor thinks the film revisits the tried and tested theme of special agents in a unique and relatable way.

He explained: ''I hope I can bring a fresh perspective to it. It doesn't veer into the CGI world or massive explosions.

''It stays authentic. It was important for me to want to find humanity within this character.''

'The Bourne Legacy' also stars Rachel Weisz and Edward Norton and is scheduled for release on August 13.