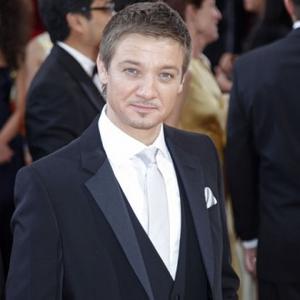 The two actors worked together on 'SWAT' and the US star says that the experience resulted in him using foul language more frequently, which shocks most people and often lands him in trouble.

Jeremy said: "I use the word **** pretty loosely, and that that's a very British thing. I kind of picked it up from my buddy Colin Farrell, and I think it's a similar thing in Ireland.

"So it rubbed off and I started using it as an adjective, a verb and everything else. It's not really accepted in the States. People get very offended by it and it gets me in trouble."

Although Colin and Jeremy have been on a number of wild parties together in the past, the 'Bourne Legacy' actor has been cutting back recently, because if he drinks too much he hates working it off in the gym.

He added in an interview with Shortlist magazine: "I work every day and I can relax with a glass of wine, but I can't go out and knock them back any more because I hate going to the gym, and the more I drink the more I have to work out. If I started crushing them like I wanted to, then I'd have to go on a treadmill, which is the last thing on f***ing Earth that I want to do. Feel like a rat in a cage? No thanks."