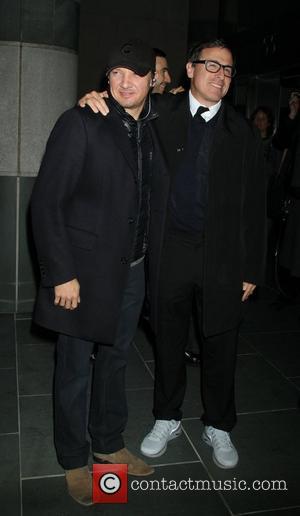 From the Hansel and Gretel Witch Hunters trailer, it's hard to decipher whether this movie is really going to stink - like, Razzies territory - or whether it's just going to be a stonking over-the-top cheese-ball riot of a movie. It definitely could be the former, it really could be, but we're willing to hold off and wait for the release. It's certainly going to be something to talk about.

In case you're unaware, Hansel and Gretel Witch Hunters is Tommy Wirkola's (Dead Snow) dark cinematic take on the well-known Brothers Grimm fairy-tale about a young brother and sister threatened by a cannibalistic witch living in a house constructed of cake and confectionaries. It's scared the living daylights out of kids for years, though the latest movie takes things to a whole new level. In Wirkola's mind, the siblings - played here by Gemma Arterton and Jeremy Renner - are a formidable team of bounty hunters who track and kill witches all over the world. The trailer sees the ass-kicking pair firing machine guns, drawing plenty of blood, blowing things up, punching witches in the face and throwing enemies through wooden walls. Great stuff.

Speaking way back in 2010, producer Adam McKay hinted at the possibility of further movies, telling MTV, "You think franchise, but in the doing, you just try to make one good movie. If I step back, it feels to me like, 'God, I could watch a bunch of these, just having read the script and knowing what Wirkola's style is.' I'd be very happy if he did three of them." Hansel and Gretel Witch Hunters hits theaters in the U.S on January 25, 2013.