Can Jeremy Renner Better Matt Damon In 'The Bourne Legacy' 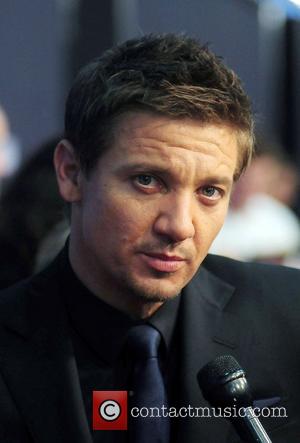 Eyebrows were raised when Universal Pictures announced it would be continuing the 'Bourne' franchise without its lead star Matt Damon. However, director Tony Gilroy is hoping to prove the doubters wrong with Hollywood star Jeremy Renner, reports Bbc News.
Damon's spy thrillers gained critical acclaim, though days after director Paul Greengrass stepped down saying he had nothing left to contribute, Matt Damon followed suit. Gilroy though the franchise had life left in it, and began plotting a movie that takes place in the same timeframe as the previous instalment, The Bourne Ultimatum. As Jason Bourne blows the cover of the Cia's super-spy programme Treadstone, we learn of similar operations, all of which must be terminated. That spells danger for Aaron Cross, an agent of Operation Outcome (played by Renner). 'The Hurt Locker' man's character is described as having more intensity than Damon's Jason Bourne and he's also imbued with superhuman agility and strength. One sequence sees him scramble up a three storey build and speaking to the Bbc, Renner said, "That's actually me! I did 99% of the stunts in the movie. How many attempts did it take? Twenty-five. How many scrapes and bruises? Quite a few".
Though nominated for two Oscars already, it seems as though not everyone is enamoured with the decision to have Renner replace Damon in the franchise. Peter Debruge of Variety magazine gave 'The Bourne Legacy' a negative review, suggesting, "Subbing character actor Jeremy Renner into a franchise that requires Matt Damon-caliber magnetism, series scribe Tony Gilroy takes over the helming duties with an overlong sequel that features too little action and an unnecessarily complicated plot".