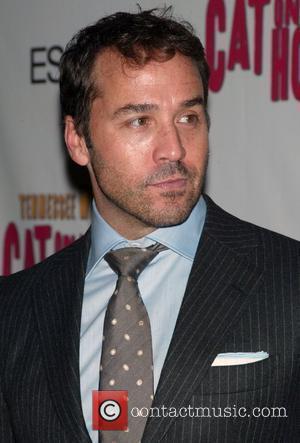 Picture: Jeremy Piven at the arrivals for the Opening Night performance of Cat On A Hot Tin Roof at the Broadhurst Theatre. New York City, USA...

ENTOURAGE star Jeremy Piven has signed on to make his Broadway bow in a 2008 production of David Mamet play SPEED-THE-PLOW.
The actor will play one of a pair of warring movie producers in the show, which will debut in New York in November (08).
The play, which is currently receiving rave reviews in London - where Kevin Spacey and Jeff Goldblum play the leads, last hit Broadway in 1988, when it was nominated for a Tony Award, with Madonna playing the female lead Keren.
Other than Piven, no other casting announcements have been made for the show, but Jessica Alba is hotly tipped to take on the Keren role.