Actor Jeremy Piven Surprised Entourage Fans At A Late Night Screening Of The New Movie In Los Angeles On Wednesday (03jun15) By Buying Everyone Popcorn Before Settling In To Watch The Film With Them. 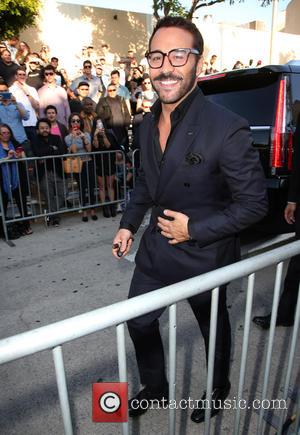 The star, who plays hot-tempered Hollywood talent agent Ari Gold, decided to give the big screen adaptation a little box office boost by buying tickets at The Grove theatre for himself and a few friends, and during a chat with a cameraman for TMZ.com, he promised to treat fellow film-goers to a late night snack.

When asked if he was going to buy popcorn for everyone, he replied, "Yeah, I might as well, right? I think that would be a fun thing to do. If they're gonna pay their hard earned money (to see the film), I want to give them some free popcorn."

Piven made good on his vow shortly afterwards as he purchased "a couple hundred bags" of popcorn for fans, and explained to TMZ that he wanted to do something to show his gratitude as he is due to spend the next four months in the U.K. filming the next season of his period drama Mr. Selfridge.

He said, "This is my last moment to be on U.S. soil so I wanted to give back to my people. It was really cool."

Piven also spent time chatting and taking photographs with other audience members who had attended an earlier screening.