A movie follow-up to hit HBO series 'Entourage' has been delayed as cast members including Adrian Grenier and Jeremy Piven are demanding more money. 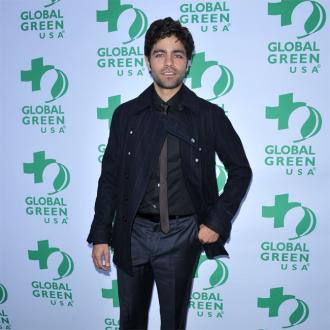 The 'Entourage' movie has been delayed due to cast members demanding more money.

Warner Bros.' long-planned big screen follow-up to HBO's hit Hollywood-themed show was due to go into production in May, but has now been put on hold because cast members including Jeremy Piven and Adrian Grenier are looking for a higher payday to star in the movie.

A source told the New York Post newspaper: ''They wanted to start filming early this summer, but the cast has been on hold. Jeremy finally signed his contract two weeks ago. His deal closed August 29. But there are other members of the cast, including Adrian Grenier and Jerry Ferrara, who are still holding out.''

The hit HBO comedy ended in 2011 and the movie follow-up was announced in January 2012.

Producer Wahlberg indicated in January that he was eyeing an April or May 2014 release date for the flick and admitted it had taken some time to perfect the script.

He said: ''It took a long time to get it written, get it right, and we got a fantastic script. Warner Bros. is very excited about it. All the guys are excited.''