Jeremy Paxman has cultivated a reputation for being uncompromising and fairly rude while presenting both Newsnight and University Challenge. But don’t take our word for it; GQ were the ones that voted him Great Britain’s 26th rudest person.

But we might be seeing a different side to Paxman this summer, or at least the people who buy tickers to see his one-man show in Edinburgh will. Entitled ‘PAXMAN’, the daily performance will see the polarizing broadcaster cover subjects like “pogonophobia, underpants and the human condition." Pogonophobia is the fear of bears, by the way. Something Paxman probably developed when his own facial hair didn’t go down well.

"Some fool said you only regret the things in life that you don't do, but I'm regretting this already," he said following the announcement of the show. The show's director Sarah Esdaile talked up his "positive mental attitude" and promised "a little insight into the enigmatic Mr Paxman and what makes him tick".

More: Paxo Cube grows a beard. You need to know this.

Director Sarah Esdaile is, however, a little more excited than Paxman about the upcoming show, saying: "I am looking forward very much to harnessing Jeremy's positive mental attitude and giving our audiences in Edinburgh a little insight into the enigmatic Mr Paxman and what makes him tick." 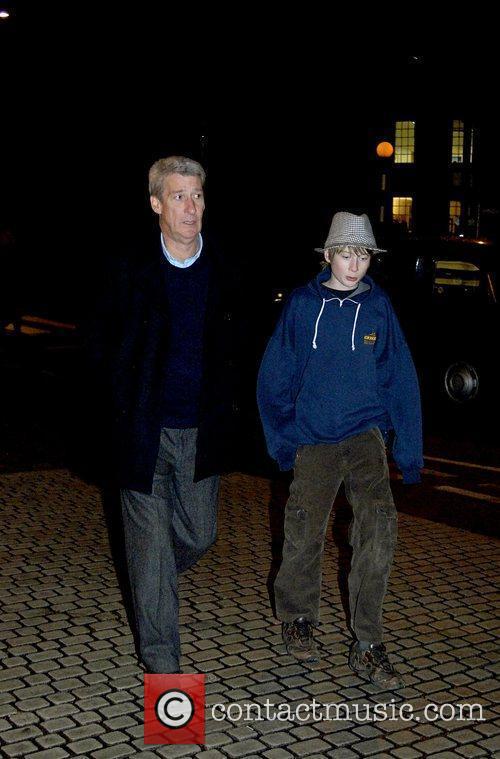 And here's the Pax-man walking about in Kingston, London, with a little mate

Perhaps the most excited aspect of Paxman’s one-man Edinburgh spectacle is the “opportunity to quiz the grand inquisitor.” We’ve seen him ask the biggest politicians, celebrities and public figures in the world some tough questions, so  who could resist the chance to throw some back at him?

Well, if you’ve got £15 and manage to find somewhere to stay during the crowded Edinburgh Fringe, then you can do just that. PAXMAN will run daily from Monday 18 August until Monday 25 August, and tickets can be purchased right here.