He might have annoyed his old bosses, but Paxman's career could go anywhere from here, and it's exciting

Jeremy Paxman seems to have treated the BBC a bit like he treats his interviewees: with a deadpan glare and an unforgiving manner. But the very thing that makes him so watchable shouldn’t be held against him as he exits Newsnight ahead of his one-man show at the Edinburgh Fringe Festival. 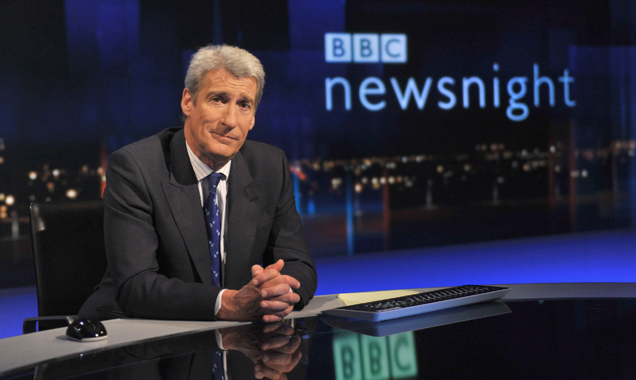 Jeremy Paxman will present his last Newsnight in June

"There's a pile of stuff on the BBC I can't stand," he told The Guardian. "My idea of hell is going down in one of the lifts in that ghastly new building [New Broadcasting House] in a lift which has Radio 1Xtra plumbed into it. I don't quite understand why the BBC does Radio 1Xtra … The BBC has got an unfortunate history of never seeing an area of broadcasting, or increasingly a web presence, without feeling the need to get into it itself,” he said a fortnight ago.

Paxman, who apparently informed his now-angry, then-employer, The BBC, about his departure back in the summer, has been criticised by his former colleagues for being disloyal. Director of BBC News, James Harding, sent a note to Paxman condemning his public criticism of the BBC, while Ben Cooper, the controller of Radio 1Xtra, told Paxman to "take the stairs" if he did not like the station's music being played in the lifts.

Speculation is now rife as to what Paxman will do next. His divisive, often rude interviewing style is hugely popular, promoting networks like Channel 4 expressing an interest in recruiting him. The BBC, for its part, hasn’t fully severed ties, and would be happy for Paxman to continue embarrassing ridiculously clever students on the quiz show, University Challenge.

More: Jeremy Paxman, And his Beard, To Leave 'Newsnight' After 25 Years

A career in comedy beckons as the stern presenter/journalist launches a new one-man show at Edinburgh’s Festival Fringe in which he’ll talk about his fear of beards succeeding the very public outcry that followed his attempt at facial fuzz. And with John Oliver’s prevalence abroad in the political satire department, perhaps Paxman could do something similar over here.