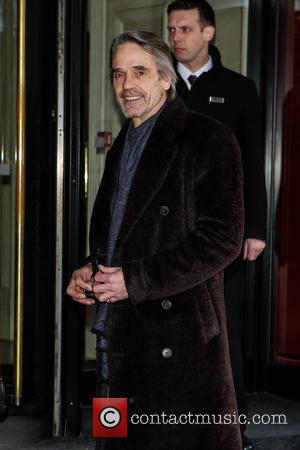 British actor Jeremy Irons has sparked outrage by suggesting gay marriage in Britain could lead to fathers marrying their sons in a bid to avoid inheritance tax.

The Lolita star made the strange comments in an interview with the Huffington Post in which he claimed a law allowing same-sex couples to officially marry could create a loophole to bypass the U.K.'s heavy death duties.

He told the publication, "Could a father not marry his son?... It's not incest between men (because) incest (law) is there to protect us from inbreeding, but men don't breed..." adding, 'I don't have a strong feeling either way. Living with another animal, whether it be a husband or a dog, is great. It's lovely to have someone to love."

However, Irons' comments have angered some gay rights campaigners. A spokesman for Britain's Stonewall organisation has branded the actor's remarks "bizarre" and referenced his role as a corrupt pope in Tv show The Borgias, saying, "Few people will agree with Jeremy Irons' bizarre 'concerns' about equal marriage. Sadly his comments do seem to indicate he's taken his role as a Pope in The Borgias a little too seriously."