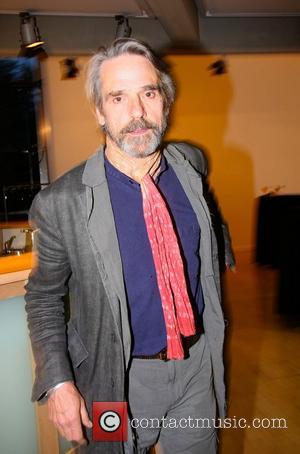 Jeremy Irons, the Academy Award winning British actor, has slammed political correctness and claims a flurry of new legislation has "gone too far". Speaking to Britain's Radio Times, the actor who shot to fame in the 1981 Tv adaptation of 'Brideshead Revisited' says too many people in power have too little to do.
A self-described smoking "addict", Irons said, "I hope it's a rash that will wear itself out.If a man puts his hand on a woman's bottom, any woman worth her salt can deal with it. It's communication. Can't we be friendly?" The actor, who has won innumerable awards across film, television and theatre, also spoke about the lack of privacy in modern society, saying, "Lack of privacy is faintly aggravating, particularly if you have a salacious private life, which I hope most people have. We only live once.There are newspaper gossip girls who chat you up at parties when you're in your cups and should be at home. And there it is (the) next day on the breakfast table". Irons recently returned to television to play the debauched Alexander VI in television series 'The Borgias' and he also plays a Wall Street boss in latest flick 'Margin Call'.
The actor married Irish actress Sinead Cusack back in 1978. They have two sons together, Samuel James who works as a photographer, and Maximilian Paul who appeared in the recent movie Red Riding Hood.