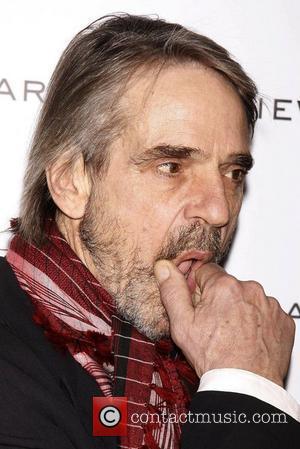 Actor Jeremy Irons used an appearance on a U.K. political TV show on Sunday (22Jan12) to tackle Britain's Deputy Prime Minister Nick Clegg about the huge bonuses awarded to bankers.
The Brideshead Revisited star was appearing on The Andrew Marr Show to promote his new film Margin Call, in which he plays an investment boss on Wall Street just before the 2008 banking crash.
He was joined by Clegg on the show, and took the chance to question the politician about bankers who pay themselves vasts amounts of money despite the U.K. struggling with economic stagnation and austerity cuts.
He told Clegg, "There are an awful lot of people hurting at the bottom of the chain and I think it's just bad manners... last year's bonuses were a slap in the face for a lot of people.
"We're asking the people who created this situation to sort it out. We need young people with new ideas to see how we can create a balanced economy in the future."