His new television job has not been easy to get the hang of.

It's been three years since Jeremy Clarkson was let go from 'Top Gear', and while it's taken some big feet to fill his shoes, he's about to fill some even bigger ones as he takes over from Chris Tarrant for the 20th anniversary comeback of 'Who Wants To Be A Millionaire'. It's safe to say he couldn't be more nervous. 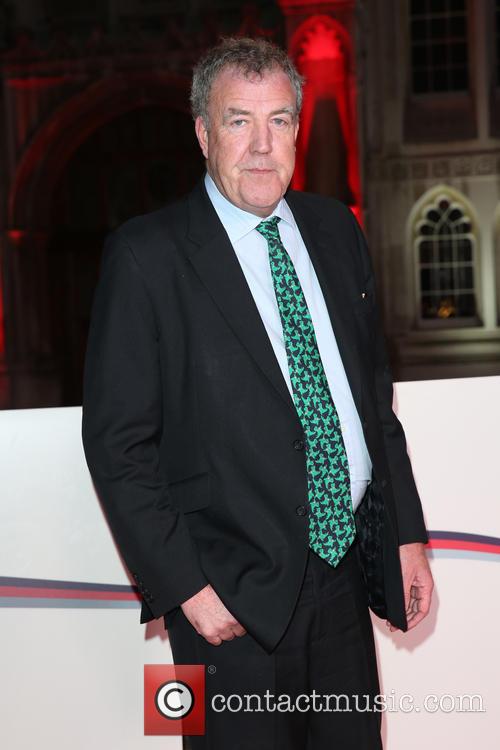 Not only has 58-year-old Clarkson got to worry about ad breaks now that he's on ITV and not BBC, but he had no idea how complicated and strict his new show would be. There's no room for banter and misbehaviour when the financial future of his guests is at stake.

'I'm really nervous', he told The Sun. 'I honestly thought it was just a question of saying, 'What's the capital of Peru?' and then waiting for the klaxon. Honestly, I've never known a show as technically complex as this.'

'You can't talk naturally because there's an endless stream of complexities which I'm not used to', he continued. 'There's no opportunity for not behaving yourself in this.'

Clarkson has been sure to find time to practise for his ITV debut at every opportunity, especially given that the new version of the show has some updated features: one of those being 'Ask The Host', which only serves to make the show a more terrifying prospect for him.

'I was doing a run-through with friends the other day, desperately trying to practice, and it got to Ask The Host', he explained. 'I'm fairly sure I knew and I said, 'Look, I'm at 75 per cent'. Anyway she went for it and it was wrong, which meant she would have lost something like £64,000.'

So not only has he got to brush-up on his professionalism when it comes to presenting, he's also got to revise his general knowledge to avoid uncomfortable moments like this. Though, of course, it's almost guaranteed to happen at some point.

'One of the things I've been practising in the bathroom mirror is the face you pull in that situation', he went on. 'I could end up costing somebody a lot of money by being bombastic. The truth is, once somebody has gone past even £100, I mustn't lose sight of the fact they're playing for large sums of money.'

'If you're playing for £2.75 and a crummy trophy, then yes, you can mess about. But once they're up into big money, I can't be standing there pulling clown faces.'

More: Jeremy Clarkson denies claims that 'The Grand Tour' will be axed

'Who Wants To Be A Millionaire' will air for seven consecutive episodes starting from tomorrow (May 5th 2018).