Jeremy Clarkson has been called out for yet another insulting remark, but what other feather ruffling comments has the presenter made in the past?

He’s at it again! Jeremy Clarkson is back to his old offensive tricks, this time he’s been called out for referring to an Asian man as a ‘slope’. During an episode of Clarkson’s successful BBC show Top Gear, the presenter made the joke regarding a bridge in Thailand, as well as a local Asian man who was crossing the bridge. The word ‘slope’ is considered an ethnic slur and Clarkson’s use of it has resulted in a public outcry from viewers in response to his racist remark.

Jeremy Clarkson has a knack for insulting everyone and everything

It’s not the first time that Clarkson has been called out for insulting someone or another. The presenter seems to lack an internal filter. Here’s just a few examples of past Clarkson-isms.

Referring to Scotland, Clarkson said: “If the Scottish want to break away, I shall stand on Hadrian’s Wall with a teary handkerchief, and say: ‘Good riddance to the lot of you, and take your stupid bagpipes with you.’”

Talking about elderly drivers, Clarkson stated, “They are by far the worst drivers. They are spiteful, dithering, old and in the way. They should have their licences taken away.” We’re pretty sure that they feel the same about you, Jeremy. 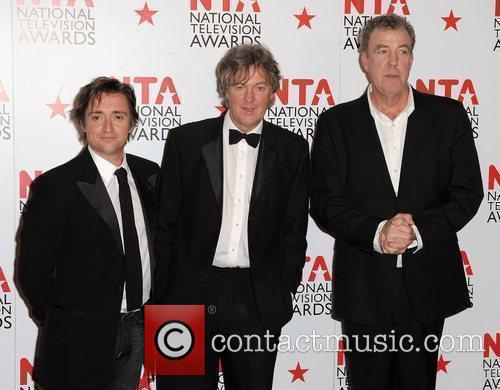 Not content with offending Asian people, Scottish people, truck drivers and the elderly, Clarkson described his German sat-nav: “Only goes to Poland.”

It’s not enough for JC to verbally insult practically everyone and everything, now that he has a Twitter account he can do it via the medium of social media as well. In January Clarkson tweeted a photo of himself sleeping on a plane, with his fellow Top Gear presenters holding up a sign next to him which read “G*Y C**T”. Clarkson quickly removed the image, however, and sent a second tweet reading “I have deleted my last tweet and would like to apologise profusely to anyone who I upset while I was asleep.” Missing the point a little, eh?