Clarkson was filming in Detroit in 1997 when a street gang thought the crew was trespassing on their territory.

Jeremy Clarkson has revealed how he once had a machine gun held to his head while filming ‘Top Gear’ over two decades ago.

Speaking to the Daily Mirror on Thursday (January 10th), the 58 year old presenter recalled an incident that occurred in the American city of Detroit back in 1997 when he and the ‘Top Gear’ crew unwittingly wandered into a street gang’s territory during filming.

“Somebody held a gun against my head in Detroit,” Clarkson said. “It’s a long, complicated story but we were trying to do some filming and some people thought we were trespassing on their turf. It was pretty nasty.” 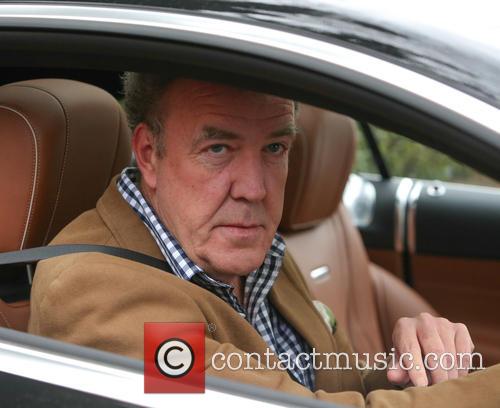 Another unnamed source elaborated on what happened. “Jeremy was filming ‘Top Gear’ in a ruined railway station but was warned by cops not to go inside as there were warring gang factions operating. But he ignored the advice.”

Clarkson presented ‘Top Gear’ from 1998 to 2000, before the BBC’s flagship motoring show was revamped in 2002. He and colleagues Richard Hammond and James May then quit ‘Top Gear’ in 2015 after Clarkson was involved in a fracas with a producer, since when the trio have presented ‘The Grand Tour’ on Amazon Prime.

Despite 22 years having passed since the incident with the gun, the presenter, who now fronts the revived ‘Who Wants To Be A Millionaire?’, still calls Detroit “dangerous”.

“I’m sure if you actually lived there you wouldn’t call it interesting, you’d call it dangerous,” Clarkson continued of the motor city. “But the chrome shoots of rejuvenation are growing again so you can actually eat quite well there. You can stay in a nice hotel, you can go short distances from A to B without being shot.”

More: “Nervous” Jeremy Clarkson is poised for disaster with return of ‘Who Wants To Be A Millionaire?’