The 'Top Gear' presenter expects to be sacked from his position.

Jeremy Clarkson opens up for the first time about his suspension from the BBC in an f-bomb ridden rant, after the controversial 'Top Gear' presenter was allegedly involved in a violent 'fracas' with one of the show's producers earlier this month. 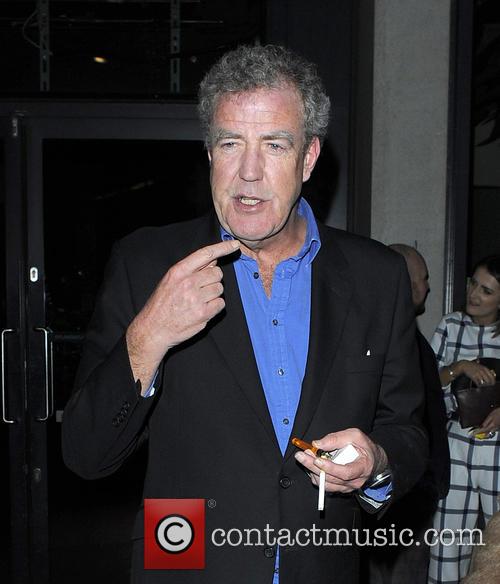 Jeremy Clarkson is expecting to be fired

The TV car buff hasn't had an awful lot to say about his apparent tangle with the BBC, apart from joking that he was 'going to the Job Centre'. But now he's taken the time to blast the TV network for his suspension, lamenting the fact that he expects to be fired any day now.

'The BBC have f***ed themselves', he reportedly said at a charity auction at the Roundhouse in London, according to the Telegraph. 'It was a great show and they f***ed it up.' It was his first public appearance since his suspension, which saw him apparently launch a tirade of insults at Irish producer Oisin Tymon when he was not presented with a hot meal, before punching him in the face.

The auction prize he was supporting was the chance to take a lap around the racing track at 'Top Gear' headquarters, which eventually went for an impressive £100,000. However, Clarkson remains bitter about his involvement with the BBC, continuing: 'I didn't foresee my sacking but I would like to do one last lap. So I'll go down to Surrey and I'll do one last lap of that track before the f***ing b******s sack me.'

It seems that he is expected to be the one accompanying the winner of the experience, as he joked: 'I'll drive somebody around in whatever I can get hold of. I'm sacked so it's probably an Austin Maestro. So who knows? But anyway it will be my last ever lap of the 'Top Gear' track.'

Jeremy Clarkson will be informed of the BBC's decision over his potential dismissal next week.