The former ‘Top Gear’ host is said to have also requested a new Range Rover, “just to look at.”

Jeremy Clarkson reportedly made some serious diva-style demands during a stay in Auckland, New Zealand. Accommodation manager Ed Coutts has spilled on some of the former ‘Top Gear’ host's outlandish requests, which included gravy-mix and cigarettes delivered by helicopter. 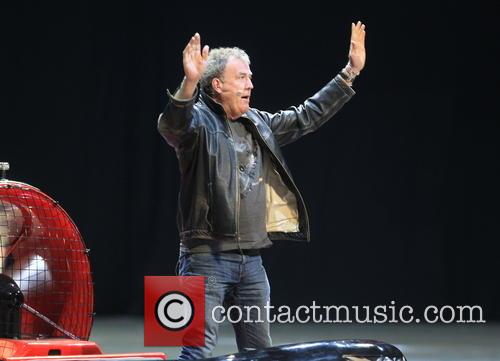 Jeremy Clarkson is said to have made some diva demands during a New Zealand stay.

Speaking to the New Zealand Heard, Coutts said that during one of Clarkson’s visits to Auckland's Waiheke Island, he sent a helicopter to Auckland for things like cigarettes, gravy-mix and even a Monopoly game when the local shops were closed.

"The cost was outrageous and the show's promoters were complaining they were going broke," Coutts said. During another visit, Clarkson is said to have asked for a new, black-on-black Range Rover Sport with no mileage on the odometer delivered to the house.

More: Jeremy Clarkson Is Back On The Beeb At Christmas

Coutts was able to find the exact colour and model Clarkson had requested, but it had 100km on the clock. "Then it sat there and it never got used,” Coutts said. "I asked him [Clarkson] what was the point and he said 'I just wanted to look at it’.”

The host also reportedly demanded a place on an America's Cup boat during a 2003 race. When told that was not possible, he then wanted to race around the course at the same time. "We told him he couldn't but we did get one of the old America's Cup boats and went out on that,” Coutts added.

After getting the axe from ‘Top Gear’ earlier this year, Clarkson is currently working on a new motoring show for Amazon with Richard Hammond and James May. The trio’s new series reportedly has a massive budget of £4.5million per episode, which hopefully won't all get spent on helicopter rides for gravy-mix.