A trailer has emerged for the last 'Top Gear' footage to feature the sacked Jeremy Clarkson.

The BBC has released the trailer for the last ever ‘Top Gear’ episode to feature Jeremy Clarkson, and it looks set to finally close out the era in fine style.

The 33-second clip was released on Tuesday evening (June 9th), and features the now-sacked presenter and his two co-hosts Richard Hammond and James May dressed in dinner jackets and standing in a desert. They receive a challenge to race cheap cars while towing caravans to a finish line in order to avoid a forfeit. 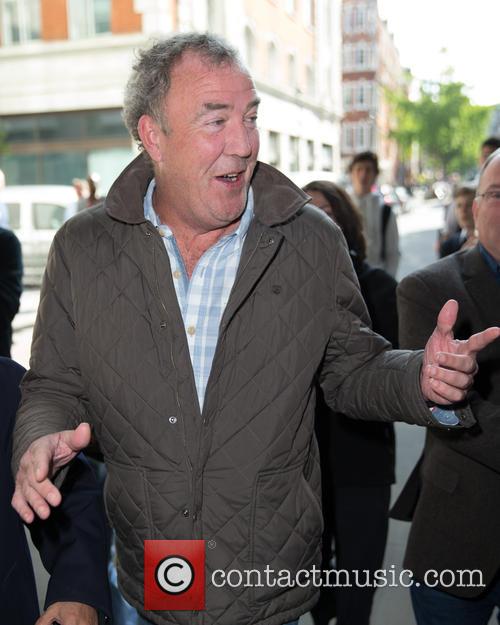 The episode will apparently feature two films recorded before Clarkson was sacked for his part in a “fracas” with one of the show’s producers, Oisin Tymon, back in March. It will feature links back to the ‘Top Gear’ studio, which Hammond and May present without him.

More: Have Richard Hammond and James May been offered £4.6 million each to continue ‘Top Gear’ without Jeremy Clarkson?

Effectively, it’s a tying-up of loose ends, with footage for the three episodes that were remaining in the 22nd series at the time of Clarkson’s suspension collapsed into one slightly extended special. A transmission date has not yet been confirmed.

Meanwhile, Clarkson is set to return to British TV screens for the first time since his dismissal on Friday night (June 12th), when he makes an appearance on the one-off comeback special of ‘TFI Friday’ hosted by Chris Evans.

BBC Radio 2 DJ Evans has himself been linked with the vacant ‘Top Gear’ job on a number of occasions, though he has continually denied an interest. Last weekend, however, he did let slip that Friday night’s special would feature an unofficial ‘Top Gear’-based “sequence” (i.e. something new that features cars and Clarkson) that would air on the show.

More: Jeremy Clarkson on ‘Top Gear’ exit – “it was my own silly fault”