So Was Jeremy Clarkson Actually Asked To Return To 'Top Gear'? BBC Bosses Say No

Clarkson said he was asked to come back to the motoring show, but BBC boss Tony Hall seems to disagree.

BBC Director General Lord Tony Hall has denied the corporation ever asked Jeremy Clarkson to return as the host of ‘Top Gear’, after the presenter claimed he was offered the gig but turned it down. Clarkson had said he had met with a BBC executive last week, who'd asked him to rejoin the show, but that he'd declined saying 'too much had gone on'. 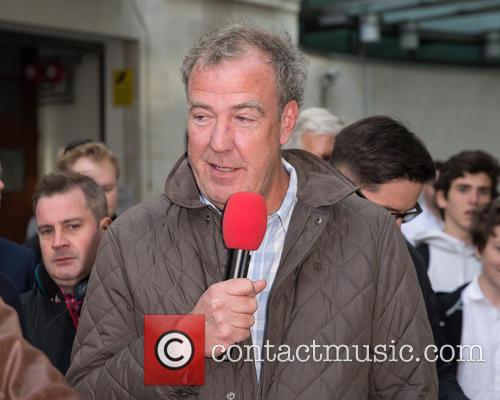 Jeremy Clarkson says he was asked to return as ‘Top Gear’ host.

Appearing on BBC One’s ‘The Andrew Marr Show’ on Sunday, Lord Hall denied Clarkson’s claims saying, "I have no idea what all that's about…I made it absolutely clear when I said we were going to part company that that was it.”

Hall’s comments are at odds with what Clarkson told The Sun last week. The 55 year old had said, "I had a meeting with a BBC executive last week and they asked if I'd come back to Top Gear. But it was never an option, even with the one million people signing the Bring Back Clarkson petition - for which I was extremely humbled.”

"Too much has gone on. After I'd been compared to Jimmy Savile by someone from the BBC and it was splashed all over a Sunday newspaper, how could I go back?” he added. "The spotlight would have been on me and the show would end up being neutered. It would have been impossible to make the show I'd want to make.”

At the time of the interview’s publication, Clarkson’s comments were also denied by a BBC spokesman who said, "We haven't offered another 'Top Gear' contract and the BBC had placed on record its thanks to Jeremy for his broadcasting on the programme and wish him well for the future.”

However Clarkson’s claims have been backed up by TV presenter Carole Voderman, who told The Sun she was there at Mayfair Hotel at the same time as Jeremy when the meeting is said to have taken place.

Voderman said that after the meeting ended Clarkson had told her what the conversation was about. "It was obvious there was a conversation going on. I sat on the table behind them. I could not hear what they were saying.”

"Then the TV exec left and Jeremy paid the bill. Jeremy came over immediately and we had a chat and he told me what happened,” she explained. “I am assuming he was telling the truth. We chatted for a few minutes."