It cannot be denied that infamous motoring show Top Gear was a much-talked about programme when it was on the air headed by Jeremy Clarkson with James May and Richard Hammond in the two side kick seats. But since the trio have left the helm of the BBC programme, the factual car show has been in the news just as much as it ever was before. 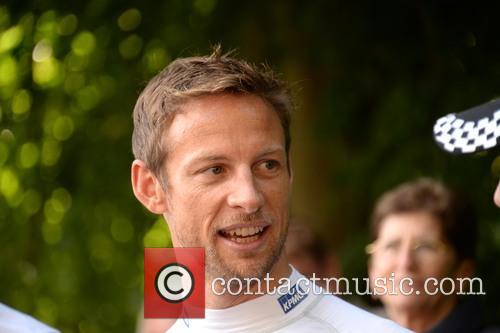 As rumours swirled about who would head up a new series, chatter has not abated about who will be in the side kick seats now Chris Evans has been revealed as its new head.

The fast car driving pro is reportedly in talks with show bosses and may be brought into co-present with Evans.

Button, who is said to be a close friend of Evans, would not be an entirely surprising addition with his evident racing background and having already made two appearances on Clarkson’s Top Gear.

If Evans is joined by Button there is still room for a female co-presenter which, upon appointment, Evans suggested there would be.

MORE: Suzi Perry To Be Part Of Top Gear?

Model Jodie Kidd has been reported to be in the running as was presenter Sue Perkins who suffered viciously at the hands of Twitter trolls as a result of the rumours.

Evans is expected to be paid at least a cool £1million for his role and will also act as executive producer on the show.