Jens Lekman - An Argument With Myself EP Review

Review of An Argument With Myself EP by Jens Lekman

It's been four years since Jens Lekman last put out any music. An Argument With Myself offers no apologies or explanations: it's just eighteen minutes of polished, confident indie pop storytelling. Business as usual. 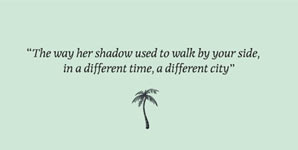 Lekman's precisely worded sung-spoken tales are as clever, funny and touching as they've ever been. Right from the get-go, he's wringing humour and pathos out of some of the peculiar situations in which he's found himself. The title track opens with Lekman staggering down a Melbourne street, drunk and arguing with himself: 'bumping into backpackers/and struggling with the parameters/and the basic construction of my feet'. He tosses images both grotesque ('the backpackers are pouring out like a tidal wave of vomit') and poetic ('The lonely light from the town hall clock tower') into a four-minute account of loneliness and discontent. The track's Caribbean rhythms and lightly funky vibe recall Graceland-era Paul Simon.

The next two songs transport us from Australia to Sweden. 'Waiting For Kirsten' starts and ends as a whimsical tale of Lehman's failed attempt to meet Kirsten Dunst whilst she was filming in Gothenburg (his attempt to send a message to her at her hotel was abruptly halted when 'the receptionist said I was drunk and asked me to leave'), but in the middle unexpectedly rails against those who 'turned a youth centre into a casino' and 'drew a swastika in your cappuccino'. The singer has spoken in interviews about his disgust of the political direction his country is taking, and 'A Promise' features another barbed aside: 'Emmanuel, will the doctors let you be ill?/Or are the new laws quoting quotas they have to fill?'. The song itself is not wholly successful; a little too long and a little too sentimental, it lopes along half-heartedly.

The cheeky horns which open 'New Direction' signal a welcome change of pace and tone. The song opens with Lekman giving a friend a series of directions to somewhere or other; perhaps it's an attempt to demonstrate that he can make absolutely anything sound interesting. If so, it's a success, featuring winning lines such as 'sometimes I get the feeling this town's been constructed around me brick by brick'. 'So This Guy At The Office' rounds things off in a relaxed, silly style, with Lekman crooning about a co-worker who 'smells like Earl Grey'. It's a slight but successful song, like most of the tracks collected here. An Argument With Myself augers well for a (currently hypothetical) future full-length. 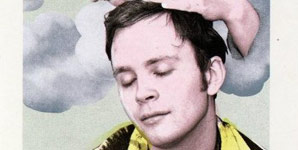