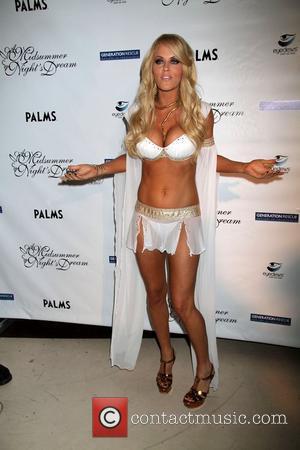 Jenny McCarthy used a chunk of the $20,000 (£13,300) she was paid for her first Playboy photoshoot to send her parents on a cruise - so they wouldn't see the issue when it hit newsstands.
The actress/model was stunned when she was asked to be Miss October in 1993, but couldn't break the news to her conservative, Catholic family.
Speaking out about her big break on Tuesday's (28Sep10) Oprah show in America, MCCarthy recalled, "My sister said to me, 'Run away. You're going to die. They're (parents) going to kill you.' So I didn't tell my parents that I was going to pose for Playboy."
She found a way to prolong the big reveal when the men's magazine came out: "With the $2,000 out of the $20,000 you get paid, I sent them on a cruise the week the magazine came out.
"They found out. It was all over the papers, like, 'Southside Chicago girl poses nude! She went to Mother MCAuley, a very prestigious Catholic school.' I was surprised my house wasn't burned down.
"My mom came home and was like, 'Oh my God, what are the neighbours gonna say?' And then, after about three days, she said, 'You know what, I love you so much Jenny and I'm gonna stand by you. I hope you never do that again.'
"I said to her, 'You know what, some day I'm gonna make you proud,' and to this day she's like, 'Y'know, after all that autism work (you do), I don't care if you showed your butt.'"