Jenny McCarthy and Donnie Wahlberg want to have a small wedding, as they've both been married before. 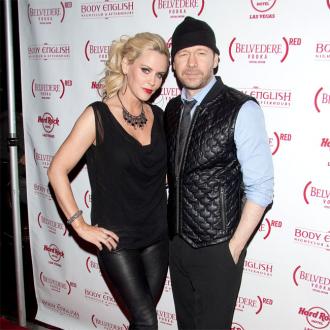 Jenny McCarthy and Donnie Wahlberg want to have a small wedding.

The former Playboy model - who got engaged to New Kids On The Block member in April - insists they aren't interested in having a lavish celebration, as they've both been married before.

'The View' co-host, who has son Evan, 11, with ex-husband John Mallory Asher, told 'Extra': ''We'll have a small wedding in a really beautiful place and we both want do it right this time. We've both been married before and we want to make it special -- this is the last wedding.''

The blonde beauty, 41, says their nuptials won't be anything like Kim Kardashian and Kanye West's extravagant wedding in Paris, France and Florence, Italy last month.

Donnie, who has sons Xavier, 21, and Elijah, 12, with ex-wife Kimberly Fey, added: ''We're not getting married in Istanbul with eight million guests. No seven dresses, not going to happen...that's their thing, good for them.''

Jenny previously said she instantly knew Donnie, 44, was the man for her because they're so similar.

She said: ''I've never felt as strongly for someone. This is one of the best times of my life. I'm very, very happy.

''He's like a mirror of myself. I thought opposites attract, but it's not true! We enjoy the same things.''