Model-turned-tv Personality Jenny McCarthy Stays In Constant Contact With Her Singer/actor Husband Donnie Wahlberg Whenever He's Away From Home By Using Video Messaging Service Facetime While They Sleep. 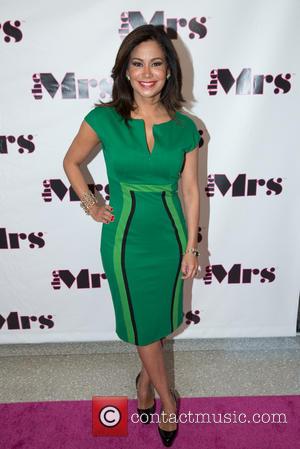 Picture: Sibila Vargas - A variety of celebs turned out for the MRS & Jenny McCarthy 2015 Mother's Day celebration which was to benefit dress for...

The loved-up couple will celebrate its first wedding anniversary on 31 August (15) and MCCarthy admits she can't bear to be apart from the New Kids On The Block star when the band is on tour, so they set up their phones so they can stay connected through the night.

During an appearance on U.S. breakfast show Today on Tuesday (14Jul15), she revealed, "We really are addicted to each other. I think about him all day long, still. When he's on the road and I'm back here (in New York), we FaceTime sleep! He's on the pillow, asleep, and I hear him snore, and we sleep that way."

MCCarthy, who is sporting a new hot pink hair colour, subsequently confessed she had Wahlberg on a video call there and then, and pulled out her iPhone so hosts Hoda Kotb and Kathie Lee Gifford could speak to her beau themselves.

Wahlberg, who was filming his police drama series Blue Bloods in New York, then quipped, "I'm in the woods somewhere in Queens on the set of Blue Bloods, trying to solve a murder here... Someone's gonna fire me 'cause I'm holding up the set!"