Jenny McCarthy is to pose naked for Playboy magazine again - 20 years after her debut in its pages in 1993. 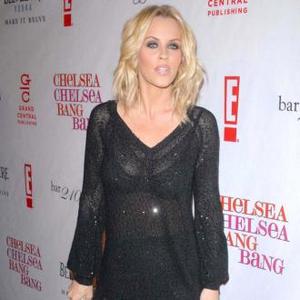 Jenny McCarthy is posing nude for Playboy again - almost 20 years since the first time she appeared in its pages.

The 39-year-old blonde beauty will feature on the July/August cover of the famous men's magazine and will strip for a naked pictorial.

A representative for the publication has confirmed Jenny's spread.

The model-and-actress started her career with a shoot in Playboy's October 1993 issue and she went onto to be named Playmate of the Month and later Playmate of the Year and has appeared in Hugh Hefner's magazine several times.

Jenny turns 40 in November and she previously admitted she wanted to bare all in the magazine one more time before she reached the landmark age.

She said: ''I would absolutely pose for Playboy. I would be so flattered if they asked me. It's probably not going to happen but I think I want to do it again.''

Jenny - who has a nine-year-old son Evan - also recently confessed she relies on the wrinkle-smoothing powers of Botox to stay looking young.

She said: ''I'm an obvious Botox user. I tell everyone.

''I get Botox in my forehead. I just have my doctor do a little shot. But I also just take good care of myself.''